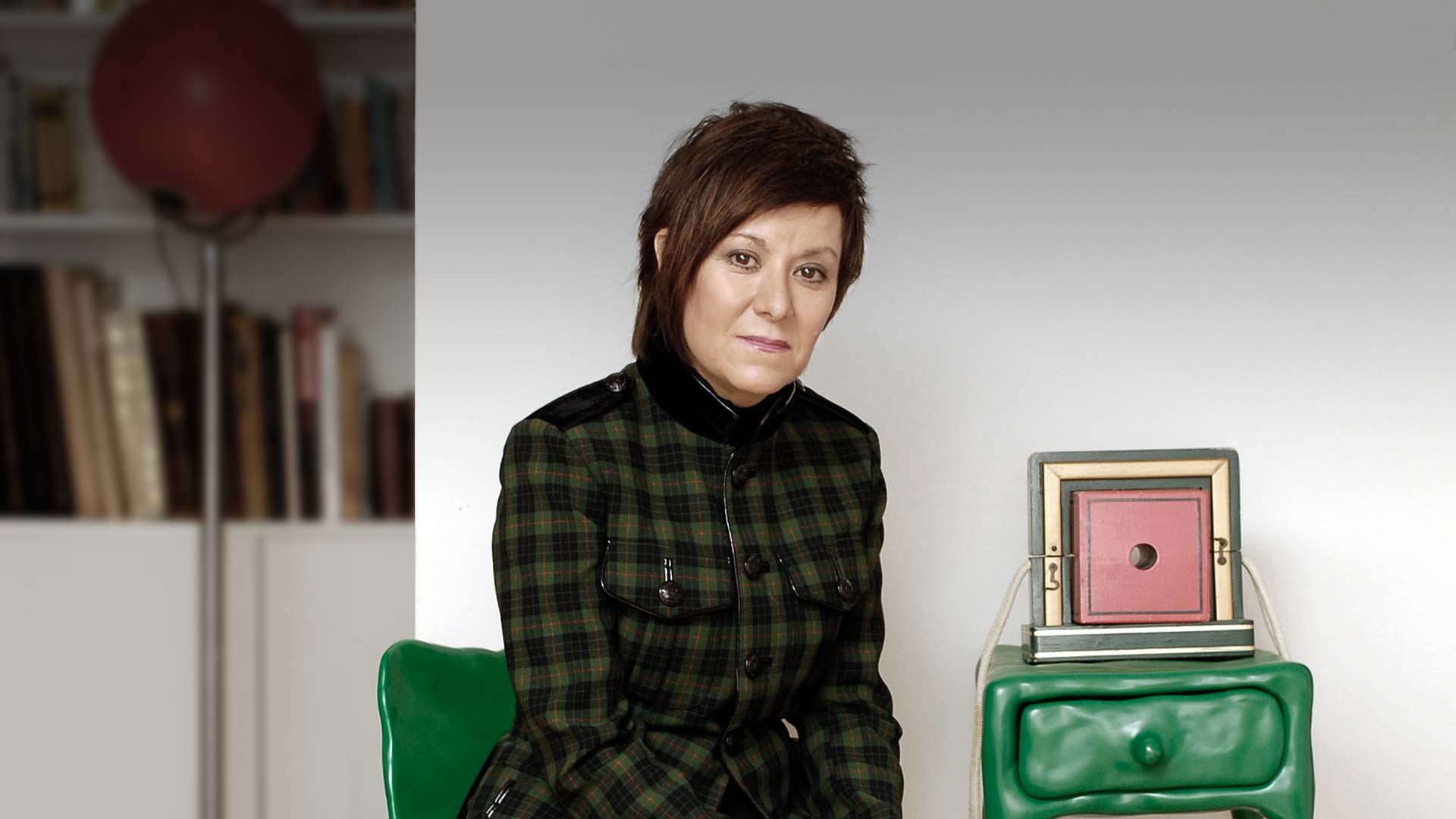 Giannina Braschi is the celebrated Puerto Rican author of Empire of Dreams, Yo-Yo Boing! and United States of Banana.

PEN America calls the famous Puerto Rican poet and author Giannina Braschi “one of the most revolutionary voices” in Latin American Literature today.

Chock-full of humorous gusto and a joy for life, her iconic titles include the poetry collection Empire of Dreams, the first Spanglish novel Yo-Yo Boing!, and the geopolitical tragicomedy United States of Banana about the fall of the American empire and the liberation of Puerto Rico.

Her work is a hybrid of poetry, fiction, theater, and Latinx philosophy. She writes books in Spanish, Spanglish, and English on far-ranging subjects—from American immigration, economy, and colonialism to love, liberty, and creativity.

Born in San Juan, Braschi was a fashion model, singer, and tennis champion in her teen years. She studied Hispanic literatures in Madrid, Rome, London, and Rouen before settling in New York City. With a Ph.D. in Hispanic Literatures from State University of New York, Stony Brook, she taught at Rutgers University, City University of New York, and Colgate University. She has published on titans in Spanish literature including Cervantes, Garcilaso, Machado, Lorca, and Bécquer.

In 2022, the North American Academy of the Spanish Language (ANLE) honored Braschi with the Enrique Anderson Imbert Award. This national prize honors those who have made sustained and significant contributions to the knowledge and dissemination of the Spanish language and Hispanic cultures in the United States. “The jury unanimously selected Giannina Braschi whose rich and bountiful career defies any simplifying classification. Her prolific career, which extends from groundbreaking research on Hispanic classics to her spectacular work as a renowned and award-winning creator, places her among the most innovative and influential voices of Hispanic letters in the United States,” announced the Academy’s Director.

A Literature Fellow of the National Endowment for the Arts, Braschi has also won literary awards and grants from Ford Foundation, Danforth Scholarship, New York Foundation for the Arts, Reed Foundation, InterAmericas, Instituto de Cultura Puertorriqueña, Rutgers University, and PEN America. This famous Puerto Rican poet also won the 2021 Cambiemos Prize from Cambio16 in Spain for her lifetime achievements in creating a literature of inspiration and hope.

Giannina Braschi is a leading force in experimental literature and Latinx philosophy.  She is an advocate for Puerto Rican independence and for liberations of all kinds. In recent years, her influence can be felt in far-ranging cultural spaces such as television comedy, comic book, graphic novel, chamber music, art and design, theater play, and ecologic urbanism. Read on about the myriad of adaptations and applications of her texts by other creators–including the Giannina Chair–in World Literature Today.

The Puerto Rican author is the subject of Poets, Philosophers, Lovers: On the Writings of Giannina Braschi, an anthology edited by Frederick Luis Aldama and Tess O’Dwyer, with a preface by Ilan Stavans (University of Pittsburgh Press). This collection of essays, by fifteen scholars across diverse fields, celebrates Braschi as one of the most original and influential Latinx philosophers and poets in a generation. Since the 1980s, her linguistic and structural ingenuities, radical thinking, and humor have spanned the genres of theatre, poetry, fiction, essay, musical, manifesto, political philosophy, and spoken word.

The United States Library of Congress describes Braschi as “cutting-edge, influential and even revolutionary,” noting that there are “elements of art, culture, philosophy, and politics in all of her literary works, which include the postmodern poetry classic, Empire of Dreams, as well as Yo-Yo Boing!, which is credited with being the first novel to be written in Spanglish. Her latest novel, United States of Banana, has been described as experimental, revolutionary, and profoundly philosophical. It is to be read as ‘The Wasteland’ of the twenty-first century.” It is no wonder that CENTRO, the Journal of the Center for Puerto Rican Studies, calls Braschi “one of the most innovative writers of our time”.

A Toast to Divine Madness

(in the crown of the Statue of Liberty)

With this glass of champagne—I propose a toast to Divina Locura—Divine Madness that has always inspired the higher expectations of the great poets throughout the globe. And I propose raising to this magnificent crown—Divine Madness that, like the oppressed everywhere, has been kept down—in submission, in seclusion, deprivation, and silence—and has been kept down by the antithesis of Divine Madness, divine expectation, divine philosophy, and poetry—by the enemies of greatness and the lovers of entertainment who have spit in the eyes and slapped the cheeks of poetry and philosophy—with the cheapening of the heart—the cheapening of all that is high and noble—the cheapening of all the greatness, the magnificence, the beauty, the good, the noble, the suspension of the senses, the charisma, and the good energy that spells, through our good will, something good for America—something that makes America rise again from the tippy-top of the Yukon to the tippy-toe of la Tierra del Fuego.